The new DUORA design has 8 interconnected eyelets of different thicknesses on each side of the frame.

Thicker and harder eyelets on the aero side of the racket lead to a stiffer string pattern, increasing the launch power on the forehand and backhand sides of the racquet.

This works in conjunction with the DOUBLE OPTIMUM SYSTEM.

The revolutionary Yonex frame design has two sides (box frame and aero frame) on each side of the racquet.

Hyper-MG is the graphite material with the most elastic properties used by Yonex.

The DUORA Z-STRIKE is equipped with it in the lower half of its frame, allowing instant repulsion on drives.

Made for precision and control

DUORA Z-STRIKE grommets are designed with the Horizontal-A Concept which allows the strings to be laid horizontally, creating more bending in the string for a wider striking area at the top of the frame.

Also, with rigid T-Anchor graphite at the junction of the neck and frame, the racquet twists less for increased accuracy. 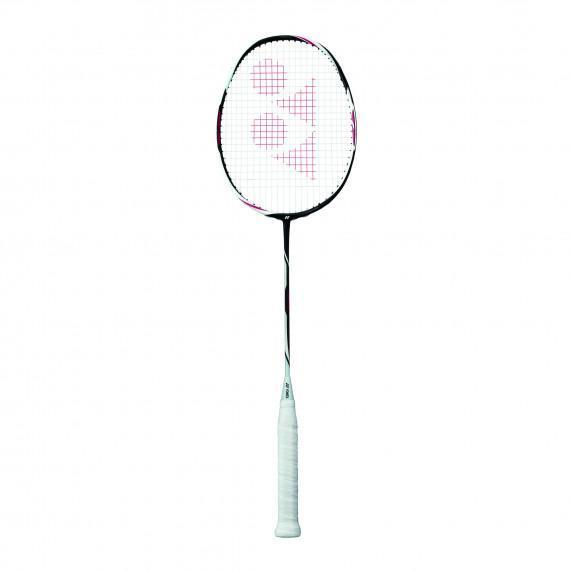