Considered one of the best players of all time, Ronaldo really started to make a name for himself when he arrived at Manchester United from Sporting Lisbon. After 6 years in England and 1 Ballon d'Or, he moved on to one of the most legendary clubs in the world: Real Madrid. Under the Madrid colours he won 4 Golden Ball awards, 3 Champions League and 2 La Liga titles. Accompanied that year by players such as Benzema, Özil, Casillas, Ramos and Pepe, Ronaldo and his team managed to win the Spanish Super Cup. With 55 goals and 12 assists for 55 games played, the Portuguese player had another excellent year and won the Ballon d'Or 2013. An exceptional jersey that is a must have! 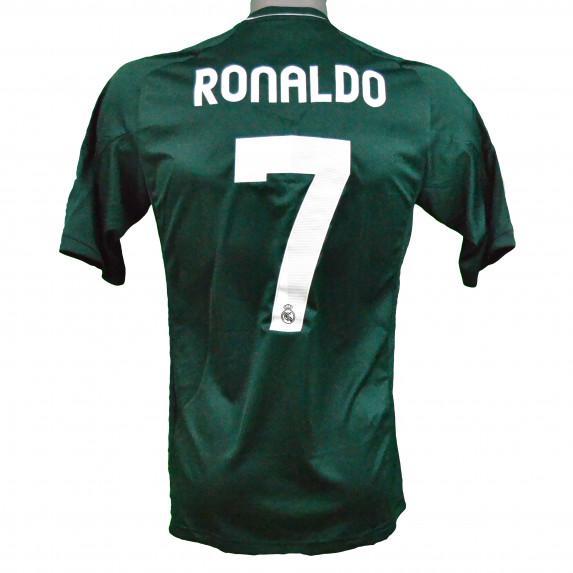