Home jersey Autriche 2020
Show your true colours and support your favourite national team on the international stage with the official licensed Replica kit. The Austrian Home kit is inspired by both the country's rich tradition and a defining era in its history - the Secession. The color-blocked sleeves and abstract feather patterns on the front are reminiscent of traditional Tracht vests. The white combined with the dark, intense red is typically Austrian. This kit also marks the beginning of a new era, as the new crest will replace the Bundesadler as the official crest of the Austrian Football Association. Introduced 100 years ago, the eagle celebrates the country's sovereignty and remains the central element of the crest. The ball and feathers represent the 10 members of the association. 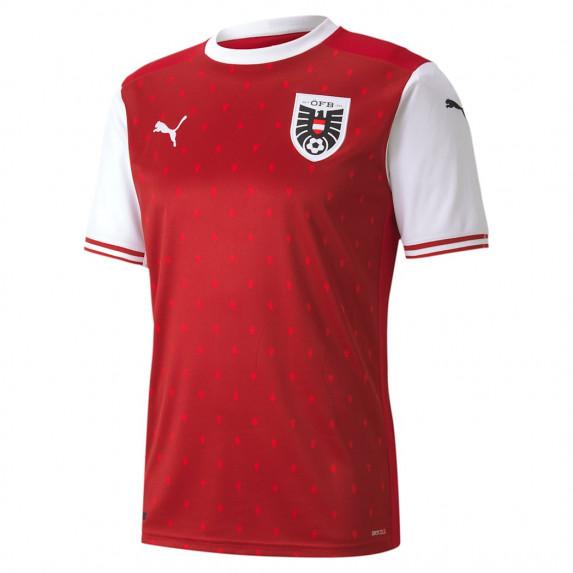