Regarded as one of the best players of his generation, Xavi is an icon for Barcelona because he has always played there. This year, Barcelona FC is playing for the second year with coach Pep Guardiola. After an exceptional 2008/2009 season, he and his team lost in the semi-finals of the Champions League to Inter Milan but still managed to win the La Liga, the Spanish Supercup and the Club World Cup. Accompanied at the time by the likes of Messi, Puyol, Ibrahimovic, Iniesta and Dani Alves, Xavi proved once again that he was a midfielder capable of changing a game with his vision and outstanding passing skills. An exceptional jersey that is a must have! 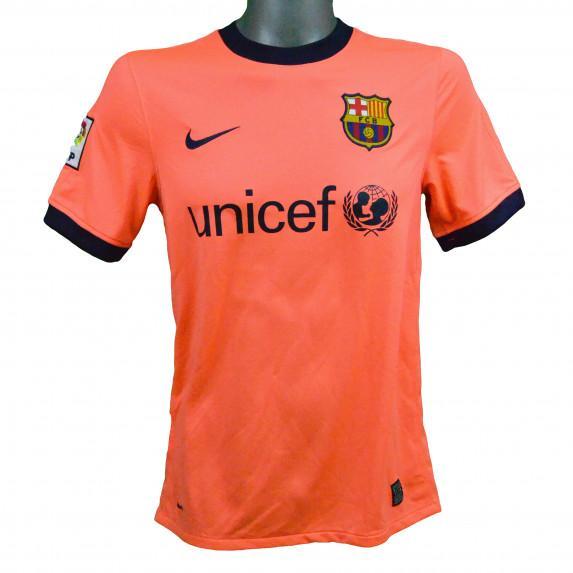